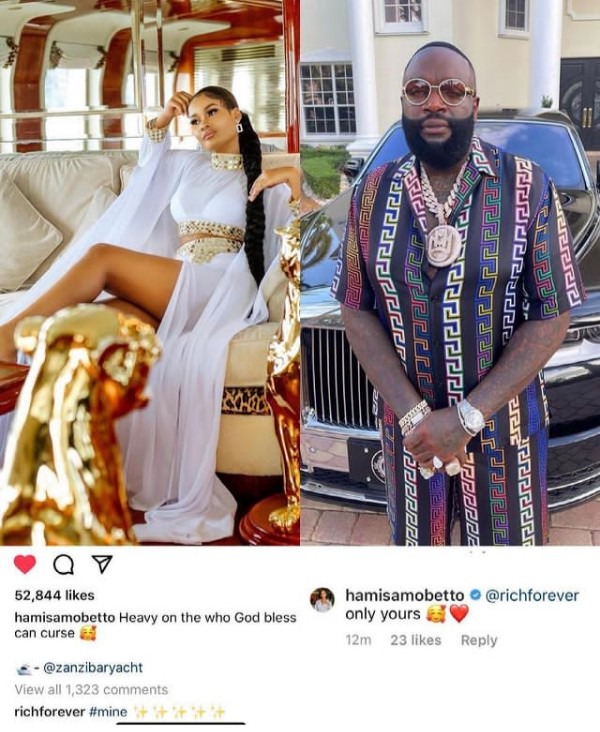 It all started when Rick Ross started commenting in Hamissa Mobetto’s online posts. Especially on her Instagram account. The most recent one when he urged Hamissa to move to the US. To which Hamissa responded that she has already packed her bags and just waiting for her flight. 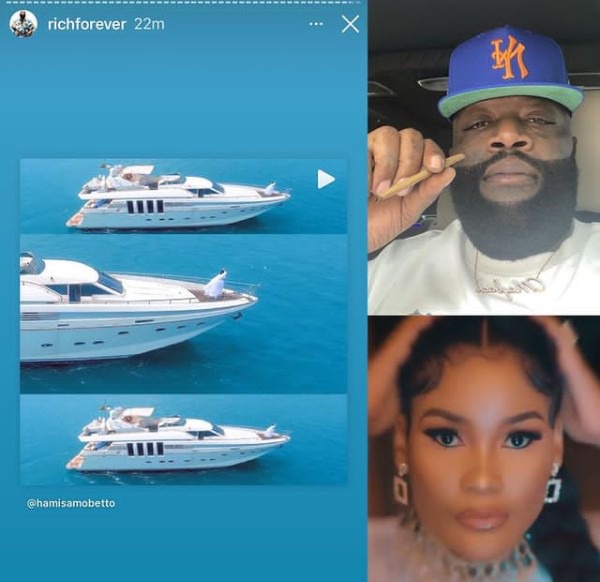 Hamissa is also Diamond Platinumz ex, to which she has a son with named Dylan. Hamissa has also got another child, a daughter who is her exact replica named Fansy. Making her a mother of 2 adorable kids. Rapper Rick Ross has however once more commented in Hammisa’s posts to which he wrote, ‘mine’ on Hammisa’s latest post. Something that Hamissa has also responded to with, “only yours.” Something that has made netizens react wildly, here are some of them, as some fans suggested that the two look together and they should be actually together. Share your thoughts on what you think about their relationship.

King Kalala on the Spot for body shaming Mejja, Moji Short Baba and Mulamwa.
Hamissa Mobetto Accused Of Begging To Get Back To Her Ex As Rick Ross Shoots His Shot
Your site title
To Top